Developed by the Command & Conquer veterans at Petroglyph, Conan Unconquered is the first ever strategy game set in the savage world of Conan the Barbarian

OSLO, Norway – December 10th, 2018 – The mighty barbarian returns, this time in the first-ever strategy game set in the brutal and savage world of Conan! Funcom is thrilled to announce Conan Unconquered, a strategy game releasing in Q2 2019 where players must build the ultimate stronghold and assemble an unconquerable army that can stand against wave after wave of enemies in increasing numbers and difficulty. The game is published by Funcom and created by the veterans at Petroglyph, a team that includes several of the lead developers on the classic and original strategy games such as Dune 2 and Command & Conquer. 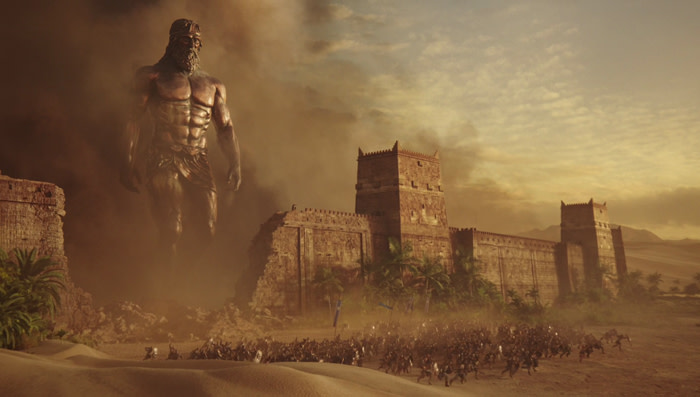 Shot from the Conan Unconquered – Cinematic Launch Trailer. Players will be able to summon massive avatar units that towers above the battlefield and crushes their enemies in its footsteps.

“It is both a professional and personal honor to be working with the genre veterans at Petroglyph,” said Funcom CEO Rui Casais. “My first love is strategy games and I spent endless hours playing Dune 2 back in the day. The current team at Petroglyph is responsible for some truly great strategy games, including Star Wars: Empire at War, and I can think of no one better to bring to life the first ever strategy game set in the world of Conan the Barbarian.”

“We’re extremely happy to be working with Funcom on a game that uses the compelling backstory of Conan’s Black Colossus,” said Petroglyph CEO Chuck Kroegel. “Both companies have worked very close, developing new technology and ideas that truly made this a team effort in every sense. The iconic creatures, villains, and heroes of the Conan universe have contributed greatly to what our early beta testers indicate is a really fun and exciting game that continues to get better every day. Partnering with Funcom has truly made this Conan game experience unconquerable!”

Conan Unconquered high-pace strategy game where players face wave after wave of enemies in ever-increasing numbers and difficulty. To withstand the savage hordes players must build an unconquerable stronghold and put up walls and other defensive measures to avoid utter destruction. While the game can be played entirely in single-player, two players can also play together online to build a shared stronghold while fending off the enemy hordes allowing for a unique, cooperative multiplayer experience.

Conan Unconquered is inspired by the Black Colossus story. Funcom has previously developed and published Age of Conan: Hyborian Adventures and Conan Exiles, the latter which has become the bestselling and fastest-selling game in Funcom’s 25-year history. Funcom have previously communicated that it is also working on a single-player Conan game that will be revealed at a later date.