OSLO, Norway – June 1st, 2017 – Reimagined, rebooted, and revamped, this month Funcom’s MMO The Secret World will emerge as the shared-world RPG Secret World Legends. Now fully free-to-play (learn more about the new business model here), Secret World Legends promises to shake the foundations of the 2012 MMO as it introduces a newly designed progression system, improved visuals, a sharpened focus on the player’s journey through the world and story, as well as a revamped action combat system.

Today Funcom is excited to release a new video where lead developers explain just how different combat will feel in Secret World Legends. In addition to moving from traditional MMO tab-targeting to a more action-inspired reticule mode, each of Secret World Legends’ nine weapons features entirely new and unique mechanics that are sure to keep even the most experienced players on their toes.

Secret World Legends plunges players into a shadowy war against the supernatural in an adventure that crosses our world with the realms of ancient myth and legend. As players traverse the globe unraveling complex investigations into the unknown, they’ll need to uncover clues and use their own wits as much as their characters’ abilities. A highly extensive and customizable arsenal of firearms, weapons, gear and otherworldly powers will give players the strength to battle the forces of darkness as they dig deeper into these vast and mysterious lands. Players can go at it alone and enjoy the over 100 hours of story at their own pace, or team up with others as they explore the world and unravel its mysteries.

Secret World Legends will launch on June 26th in Funcom’s own channels and on Steam on July 31st. For more information, please visit www.SecretWorldLegends.com.

Funcom is an independent developer and publisher of online games for PC and consoles. Funcom has provided outstanding entertainment since 1993 and continues to expand its track-record of more than twenty released games. Titles include ‘Conan Exiles‘, ‘Secret World Legends’, ‘Age of Conan: Hyborian Adventures’, ‘The Longest Journey', 'Anarchy Online', 'The Park', 'Hide & Shriek', and 'Dreamfall: The Longest Journey'. For corporate information, please visitwww.funcom.com. For information about Funcom games, visitwww.conanexiles.com, www.secretworldlegends.com,www.anarchy-online.com,www.dreamfall.com, www.theparkgame.com, www.hideandshriekgame.com, www.ageofconan.com. Funcom is listed on the Oslo Stock Exchange under the ticker FUNCOM. 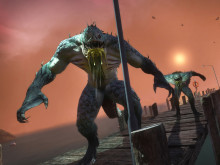 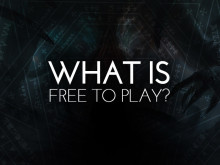