- Secret World Legends™ is the free-to-play reboot of Funcom’s MMO The Secret World, now more accessible with improved combat, progression, and a host of other enhancements -

OSLO, Norway – August 1st, 2017 – The darkest secrets of our world are yours to discover now! After a successful early launch in Funcom’s own channels, the shared-world Action RPG Secret World Legends™ is now available on Steam fully free to play. Reimagined and reborn from Funcom’s acclaimed massively multiplayer online game The Secret World, Secret World Legends features well over 100 hours of story-driven content that can be explored in entirety alone or team up with friends in a seamless online experience. It features a revamped combat system, stronger progression structures, streamlines quest flow, improved visuals and UI, and many other important enhancements.

“The initial reception of the relaunch has been very positive and the early launch has exceeded our expectations,” says Funcom CEO Rui Casais. “It has been years since we last saw a surge in player activity like this in the Secret World universe, and we are very encouraged by the positive feedback we have received from players both old and new. Launching early in our own channels has created a solid foundation for us to build upon as we now launch on Steam and prepare to roll out a series of updates and content to the game in the months to come. Relaunching Secret World Legends was all about giving the game a new lease on life, and we are thrilled to be able to say that we have succeeded in that goal. The future looks very promising for Secret World Legends.”

Funcom recently launched a visual roadmap for the game, showing what content players can expect in the coming months. Secret World Legends on Steam is available fully free to play. Gamers can also choose to purchase one of two starter packs each with a host of different in-game items and boosts.

Set within a dark and mature story universe, Secret World Legends plunges players into a sweeping adventure into the supernatural underbelly of myths and legends that exists in the shadows of our own realm. Travel the globe in pursuit of mysterious forces threatening the world, using your wits and abilities to solve complex investigations and uncover the truth. The developers will be continuing to add content and new storylines going forward, finally allowing them to bring the story of The Secret World forward in new, exciting directions. Secret World Legends is available on www.secretworldlegends.com and Steam.

For more information on Secret World Legends, including a detailed breakdown of the game’s features, visit www.SecretWorldLegends.com.

Funcom is an independent developer and publisher of online games for PC and consoles. Funcom has provided outstanding entertainment since 1993 and continues to expand its track-record of more than twenty released games. Titles include ‘Conan Exiles‘, ‘Secret World Legends’, ‘Age of Conan: Hyborian Adventures’, ‘The Longest Journey', 'Anarchy Online', 'The Park', 'Hide & Shriek', and 'Dreamfall: The Longest Journey'. For corporate information, please visitwww.funcom.com. For information about Funcom games, visitwww.conanexiles.com, www.secretworldlegends.com,www.anarchy-online.com,www.dreamfall.com, www.theparkgame.com, www.hideandshriekgame.com, www.ageofconan.com. Funcom is listed on the Oslo Stock Exchange under the ticker FUNCOM. 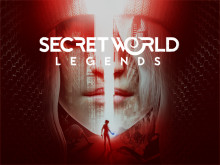 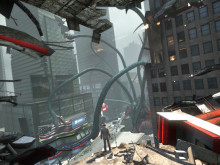 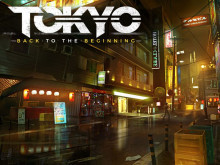 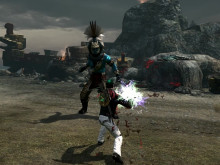