She might look like a cute little heartbreaker, but she’s no sweet little love maker – meet the sassy vixen, Farrow!

Mutant Year Zero: Road to Eden launches in less than a week on PC, PlayStation 4, and Xbox One

OSLO, Norway – November 28th, 2018 – Remember the duck from the original Mutant Year Zero: Road to Eden announcement trailer? Today, publisher Funcom and developer The Bearded Ladies revealed a new anthropomorphic hero that will be joining him when the game finally launches on PC, PlayStation 4, and Xbox One next week, on December 4th. To introduce the new fur-clad mutant, Funcom has released a fresh, new trailer combining newly created cinematic footage with up-to-date gameplay.

Farrow is one of the recruitable characters you will encounter during your expeditions in The Zone. When you find her, you may notice that she is not quite from around here. Her true origins are a mystery – even to her. All she knows is her name is Farrow and she is a product of the Zone. Specializing in stealth and assassination, Farrow comes equipped with skills and gear that make her adept at quickly and quietly dispatching her foes. Her signature ability, Silent Assassin, makes her particularly valuable for initiating combat out of stealth, such as when picking off stragglers.

Farrow will be joining a cast of unique characters in Mutant Year Zero: Road to Eden, including these: 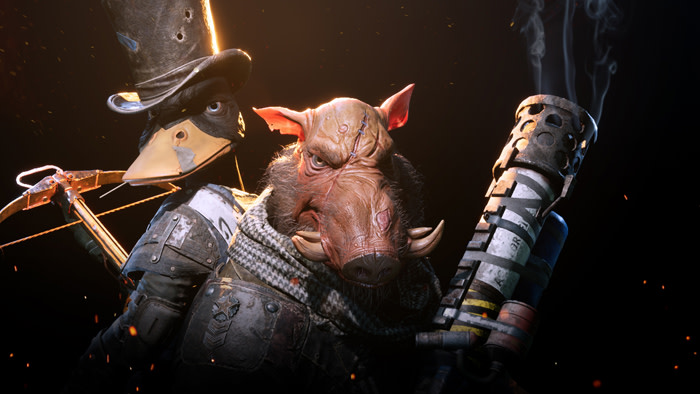 Mutant Year Zero: Road to Eden combines XCOM-like turn-based combat with real-time stealth and exploration of a post-human earth. The game is developed by a team made up of former HITMAN and PAYDAY lead developers at The Bearded Ladies in Sweden. Mutant Year Zero: Road to Eden have been collecting both awards and praise from press who have gotten hands-on time with the game. Based on the Swedish pen and paper RPG Mutant, the game puts you in the hooves of Bormin the boar and the webbed feet of Dux the duck as they explore a post-human Earth.

For more information, please visit the official website at www.mutantyearzero.com.